Status of the Assange matter

The Investigation Against Julian Assange is Discontinued

Deputy Director of Public Prosecution Eva-Marie Persson has today decided to discontinue the investigation regarding Julian Assange. The reason for this decision is that the evidence has weakened considerably due to the long period of time that has elapsed since the events in question.

The preliminary investigation concerning allegations against Julian Assange was resumed on 13 May 2019 after Assange left the Ecuadorian embassy in London. The investigation relates to a suspected rape committed in August 2010. A number of investigative measures have been conducted since May, largely in the form of witness interviews. The preliminary investigation has now been discontinued, the motive for which is that the evidence has weakened considerably due to the long period of time that has elapsed since the events in question.

"I would like to emphasise that the injured party has submitted a credible and reliable version of events. Her statements have been coherent, extensive and detailed; however, my overall assessment is that the evidential situation has been weakened to such an extent that that there is no longer any reason to continue the investigation," says Eva-Marie Persson, Deputy Director of Public Prosecution.

In 2010, being suspected of committing sexual offences in Sweden, Julian Assange fled to the United Kingdom, eventually taking up residency in the Ecuadorian embassy, where he remained from 19 June 2012 until 11 April 2019. In 2017, the public prosecutor responsible for the case at that time discontinued the investigation, as the prosecutor had exhausted all possibilities to make progress. After Assange’s removal from the embassy in spring 2019, the investigation was reopened at the request of the counsel for the injured party in Sweden.

Translation of the prosecutor's decision (pdf).

Chronology of the case (link). 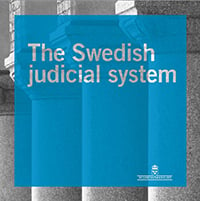